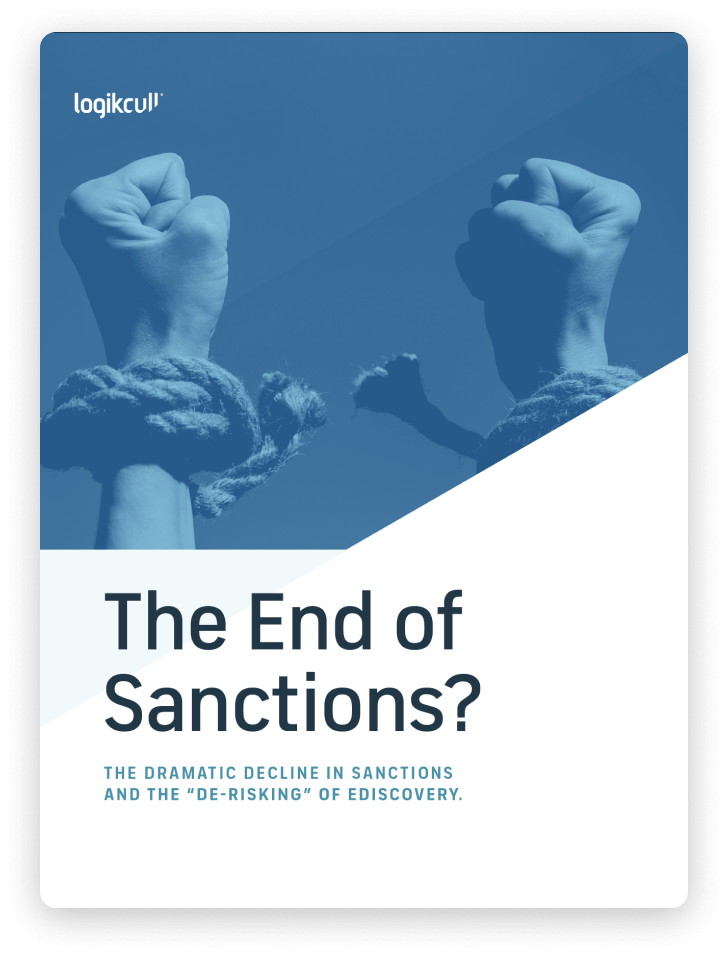 Indeed, the Federal Rules Committee sought to avoid just that. In the Committee Notes to the 2015 amendments, the Rules Committee made clear its intent to eliminate judges’ inherent authority with regard to spoliation sanctions:

New Rule 37(e) replaces the 2006 rule. It authorizes and specifies measures a court may employ if information that should have been preserved is lost, and specifies the findings necessary to justify these measures. It therefore forecloses reliance on inherent authority or state law to determine when certain measures should be used.

However, as clear as the Notes may seem to be, there are those who have disagreed, including the highly-esteemed former Chief Magistrate Judge James Francis of the Southern District of New York.

In CAT3 LLC v. Black Lineage, Inc, No. 14 Civ. 5511 (S.D.N.Y. Jan. 12, 2016), Judge Francis explicitly defended his inherent authority to enter sanctions in exactly the manner that the Rules Committee sought to foreclose. In that case, the court was asked to grant sanctions as a result of the plaintiff’s allegedly altering emails in a trademark infringement case. After considering whether Rule 37(e) adequately covered the situation, Judge Francis went on to state that he believed that he still had inherent authority to issue sanctions as appropriate:

If, notwithstanding this reasoning, Rule 37(e) were construed not to apply to the facts here, I could nevertheless exercise inherent authority to remedy spoliation under the circumstances presented.

While he recognized that the Rules Committee had explicitly removed the inherent authority power, Judge Francis cited to a 1991 US Supreme Court case that was part of a line of precedent going all the way back to 1812:

Indeed, some question whether the Rules Committee and the Congressional rulemaking process can alter a power presumably inherent to the judicial branch without violating the separation of powers doctrine.

The case involved an RV crash blamed on a tire blow out, part of a series of accidents and resulting lawsuits across the country involving this particular type of tire. The plaintiff’s attorney sought discovery of the heat testing results for the tires, but he was told that none existed. After the case settled, the plaintiff’s attorney read a newspaper article discussing heat test results produced in another case, leading him—and the Chief Judge of the District of Arizona—to conclude that the defendant and its attorneys had all clearly lied. She exercised her inherent authority to issue sanctions for $2.7 million, nearly all of the attorneys’ fees in the case.

"In a short, unanimous opinion, the Supreme Court implicitly approved the court’s reliance on inherent authority."

In a short, unanimous opinion, the Supreme Court implicitly approved the court’s reliance on inherent authority. (Though it reversed the result because the sanctions must be compensatory rather than punitive.) Because Goodyear did not involve spoliation and the use of Rule 37(e) was inapplicable, it appears unlikely that the case has resolved the issue whether the 2015 amendments foreclosed its use when Rule 37(e) could be applied.

“37(e) didn’t take action to make inherent authority unavailable… In the Advisory Note, the Committee explained it had crafted a rule that was intended to have the tools necessary to make decisions about spoliation of ESI so that courts did not need to resort to inherent authority. You couldn’t say to yourself that I don’t like the fact that with 37(e) you can’t get specific serious sanctions, and so I’m going to use inherent authority instead.”

However, much of the concern over whether inherent authority is still viable may be misplaced. Inherent authority does not give a judge broad discretion to enter sanctions whenever they see fit, but instead can only apply, as explained in detail by Southern District of Florida Magistrate Judge Jonathan Goodman in Sosa v. Carnival Corp., No. 18-20957 (S.D. Fla. Dec. 4, 2018), when “crucial” evidence was lost “in bad faith.”

"Much of the concern over whether inherent authority is still viable may be misplaced."

Sosa, which involved a battle over admittedly-spoliated closed-circuit television footage of a slip-and-fall incident on a cruise ship, shows just how difficult (and confusing) the requirements of inherent authority can become. In that case, the plaintiff tried to pin the disappearance of the critical footage on the defendant, seeking sanctions under the court’s inherent authority, described by Judge Goodman in the following folksy terms:

"Where there’s smoke, there’s fire’ is a well-known idiom; it means that when there is an indication of something bad, then the indication is usually correct... Sosa contends that the lost CCTV footage, together with other factors, is circumstantial evidence (i.e., the smoke) of Carnival’s bad faith (i.e., the fire), which entitles her to an adverse inference jury instruction or an order striking some of Carnival’s affirmative defenses.”

In contrast, Judge Goodman ascribed defendant’s position that Rule 37(e) forgave its errors to a rather different set of aphorisms:

“Carnival denies that it acted in bad faith or that there is any evidence of bad faith. Carnival claims that it simply does not know how or why the CCTV footage went missing... “Carnival’s views on the sanctions motion could be described as invoking two other colloquialisms: (1) ‘C’est la vie’ (‘that’s life,’ or ‘that’s how things happen’) and (2) ‘stuff happens.’ In other words, Carnival’s perspective is that life is full of unpredictable events and that bad results sometimes occur for no particular reason.”

"The position Sosa urges is strategically intriguing, to say the least, as Sosa would likely stand a better chance of obtaining meaningful relief under Rule 37."

As the judge describes it, the confusion over inherent authority created the situation where “each side, in short, is encouraging a legal standard for spoliation that is more advantageous to its opponent.”

The position Sosa urges is strategically intriguing, to say the least, as Sosa would likely stand a better chance of obtaining meaningful relief under Rule 37. That is because (1) the inherent-authority doctrine she invokes always requires bad faith, while Rule 37 authorizes some relief for the loss of electronically stored information without bad faith, and (2) sanctions imposed under the inherent-authority doctrine are permitted only when the missing evidence is “crucial” to the movant’s case, while Rule 37 does not require the prejudice to reach that level.

Nevertheless, that is Sosa’s position.

Yet, the defendant, too, had found itself in a conundrum:

But Carnival has embraced a legal position that is also strategically curious... Carnival is advocating for Rule 37, which permits Sosa to obtain some relief in the absence of bad faith and even if the lost footage is not crucial to her case.

Nevertheless, that is Carnival’s position.

After many pages of careful consideration of the rule and its various questions to be answered, along with the Advisory Committee Notes and several hypotheticals on the potential impact of rulings either way, the court decided that it simply could not decide; there was insufficient evidence. Thus, the court gave plaintiff the choice: 1. Present all evidence about the loss of the CCTV evidence, and if the jury found that defendant intended to deprive her of that evidence, argue that the jury should make a presumption against the defendant; or 2. Prevent the defendant from discussing the CCTV evidence and instead have the court mention it along with the fact that is unavailable.

The Sosa court’s non-resolution almost perfectly reflects the state of the law on inherent authority, one that is undetermined and contentious. But regardless where the jury lands on the question of inherent authority, the debate may be more theoretical than practical.

Despite invocations of inherent authority, these discussions remain largely dicta, as courts have almost universally found Rule 37(e) sufficient to protect the integrity of the judicial process thus far.
‍

The End of Sanctions &
the Derisking of Discovery