Get "The Ultimate Guide to eDiscovery"

Document discovery isn’t limited to direct litigation or internal and employee investigations. Third-party subpoenas often require a similar approach as discovery during litigation. Such subpoenas allow parties in civil litigation to obtain evidence, including documents and testimony, from individuals or organizations who are not part of the lawsuit—that is, from third parties.

Do you have to respond to a third-party subpoena?

A subpoena is a court order, so if you fail to comply with a valid subpoena you may be held in contempt of court. As a result, you should prepare to respond to a subpoena fully—even if you plan on challenging the subpoena later. That means notifying custodians and preserving all the documents that may be subject to the subpoena just as you would when instituting a legal hold in litigation. Engaging in an early assessment of your data can also help you get an understanding of what kind of information may be subject to the subpoena and what your review and production process will require.

However, you may not need to comply with every subpoena. You can object to the subpoena in writing, move to quash or modify a subpoena, or contact the adverse party in the lawsuit who may challenge the subpoena as well. Informal negotiations with the issuing party or seeking to shift the costs of responding to that party can also limit the scope of the subpoena, if not relieve you of responding to it altogether. We discuss these strategies in more depth below.

Federal Rule of Civil Procedure 45, along with related caselaw, provides the framework for third-party subpoena response in federal civil litigation.

The first three subsections of FRCP 45 establish the general requirements for issuing a subpoena, including its form and contents (subsection a), service (subsection b), and place of compliance (subsection c).

Sanctions for undue burden and expense are governed by FRCP 45(d)(1).

Objections to third-party subpoenas are governed by FRCP 45(d)(2)(B), which specifies that such objections must be made within 14 days after the subpoena is serviced.

For a motion to quash or modify a subpoena, FRCP 45(d)(3) establishes two burden-shifting tests, one for objections based on undue burden and one for those based on the disclosure of trade secrets. 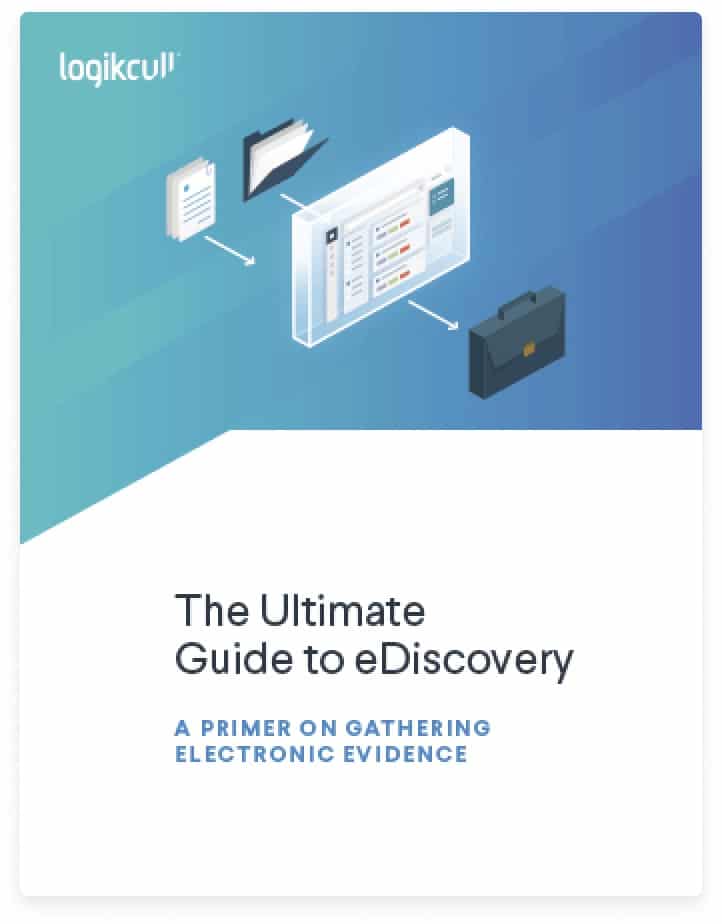 Start a legal hold or discovery project in minutes from anywhere.

Responding to a subpoena for documents is not too different from responding to a request for production when you are party to litigation. Yet, despite this similarity, subpoena response often does not get the attention it deserves. And not taking subpoena response seriously can have significant consequences—not only resulting in contempt holdings for noncompliance, but potential spoliation sanctions should evidence be destroyed, as well as cost overruns and the accidental release of confidential or privileged information when processes aren’t followed efficiently.

If you’re familiar with the eDiscovery process, you should be familiar with the process for responding to document subpoenas. The first step begins with notifying members of the served party’s organization, such as general counsel and the in-house legal department, corporate officers when necessary, and outside counsel if they will be involved in the response process. From there, you will want to identify likely custodians of potentially relevant data, issue a litigation hold, collect and review your data, and ultimately produce that information to the issuing party, if required.

You’ll also want to issue a legal hold or litigation hold quickly. The destruction of electronically stored information after a preservation obligation has been triggered can result in sanctions for spoliation, or the destruction of evidence. (Courts are divided on when a preservation obligation arises for third parties, some holding that the duty arises when a preservation letter or subpoena is received, with others saying it begins once litigation is reasonably anticipated—which can be long before a subpoena arrives.)

If you plan on challenging a third-party subpoena, you will still need to institute a defensible hold should your challenge be unsuccessful.

Your litigation hold process should begin by identifying all individuals or employees who control ESI that is potentially responsive to the subpoena request. A formal, written hold notice should be issued to all those custodians, instructing them to preserve potentially responsive documents, whether emails, office files, or even Slack messages. Actively monitor your legal hold as it continues, to make sure that individuals are complying with their preservation responsibilities.

As part of your legal hold, you will also want to pause any automated data disposition processes. If, for example, your company email automatically deletes emails after six months, that process should be stopped for individuals under legal hold.

From there, you can begin collecting and reviewing your data. Once collected, you can upload data to a document discovery platform, such as Logikcull, where it can be searched, tagged, redacted, and eventually produced to the issuing party. At a minimum, you’ll want to review documents for privilege, confidentiality, and responsiveness.

This review is often the most resource-intensive part of the subpoena response process, but employing effective document review strategies can help significantly reduce the time and cost associated with subpoena response. Deduplication, Culling Intelligence, smart filters, and automatic privilege protection, for example, can often halve the number of documents requiring eyes-on review from the outset.

From there, smart search terms can help you narrow down your review even further. As with the discovery process, your search and review should be iterative—that is, you will continue to refine your process as you go through. For example, a search term that pulls up a significant number of nonresponsive documents can be refined to a more targeted search. Bulk keyword searching is one way to get a quick overview of your keyword strategy, and narrow it or expand it as necessary.

When this narrowing process is handled in-house, by corporate legal teams, the result can be a dramatic reduction of data requiring review by outside counsel—as much as 98 percent in many cases. For law firms performing this process for their clients, intelligent culling can result in significant cost and time savings to the client, as well as greater recovery of eDiscovery costs.

"Document review is often the most resource-intensive part of the subpoena response process, but employing effective document review strategies can significantly reduce time and cost."

Producing Documents in Response to a Subpoena

When you’ve completed your document review, how do you produce the information to the issuing party? Under the Federal Rules of Civil Procedure, if a document subpoena does not specify the form of production, a responding third party may produce the materials in the form in which they are ordinarily maintained or in any reasonably usable form. Otherwise, the federal rules allow a party to specify the format in which the ESI should be produced. If that format is unreasonably burdensome or expensive, you may object to the request on such grounds. Negotiations with the issuing party can also result in a mutual agreement on the form of production, as with an ESI agreement in litigation.

It is not uncommon for documents to be produced on physical media, such as DVDs, thumb drives, or even paper, and shipped to the issuing party. However, such production methods can be quite risky and put the security of your data in jeopardy. Many seasoned litigators, for example, have a tale or two of a production that was lost in transit—though few will speak publicly of it.

A more secure method of production is to preserve data in an encrypted environment and share your production via a safe, password-protected link, such as with Logikcull’s ShareSafe feature. In addition to increased safety and data security, this method also allows you to set time-based access permissions, revoke access if necessary, and see a built-in audit trail of when your production was received.

Under Federal Rule of Civil Procedure 45, objections must be made within 14 days from when the subpoena was received or by the subpoena’s production deadline.

FRCP 45 does not set out the form objections must take. Thus, these objects are often made as a written, formal response to the issuing party. That response should clearly state the grounds on which the third party objects to the subpoena and should be signed by the third party’s attorney.

Common grounds for objecting to a third-party subpoena for documents include:

Claims that third-party subpoena response will be unduly burdensome or expensive are common. And given the cost and time involved in traditional discovery approaches, these claims are often justified. As a result, courts may shift the cost of compliance to the issuing party, either in whole or in part. However, broad assertions of burden are typically not sufficient to justify cost shifting. Instead, a third party objecting to a document subpoena must provide specific evidence about the time, cost, or other burdens involved in responding to the request.

Factors that can impact the burden of responding to a third-party subpoena include:

In addition to, or as an alternative to, written objections, a party may also file a motion to quash or modify a subpoena. Such a motion should be made before the subpoena’s production deadline.

Under Federal Rule of Civil Procedure 45(d)(3), a court must quash or modify a subpoena that does not provide a reasonable time to comply, requires compliance from a person outside the geographic limits established in Rule 45(c), requires the disclosure of privileged or protected information, or subjects the responding party to undue burden. A court is also permitted, but not required, to quash or modify the subpoena if it requires the disclosure of trade secrets or confidential business information.

As with cost shifting, courts will examine factors such as the scope of a subpoena, the potential relevance of the information sought, the time period allowed for production, and the time and expense of complying when evaluating whether a subpoena subjects the responding party to an undue burden.

Responding to third-party subpoenas can be time-consuming and costly if you don’t have the right tools and processes in place. In order to improve your subpoena response process, make sure to:

Notify relevant parties when a third-party subpoena is received

File objections or motions to quash within designated timelines

Review your documents for, at a minimum, responsiveness, privilege, and confidentiality

Produce your documents in a safe, secure manner

Document your decisions and processes throughout 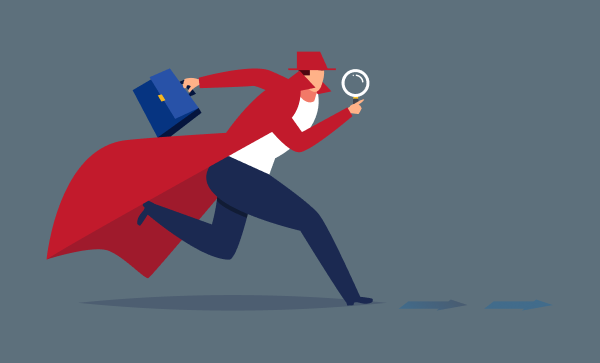 eDiscovery Dirty Tricks - And How to Defeat Them

Your opposing counsel may have a few dirty tricks up her sleeve, but that doesn’t have to derail your case. Here you’ll learn how to handle document dumps, what to do when opposing counsel wields proportionality as both a shield and a sword, and how to win the privilege-claim game.