The company's streamlined approach to discovery has empowered their legal team to move 9X faster and save thousands of dollars per matter. 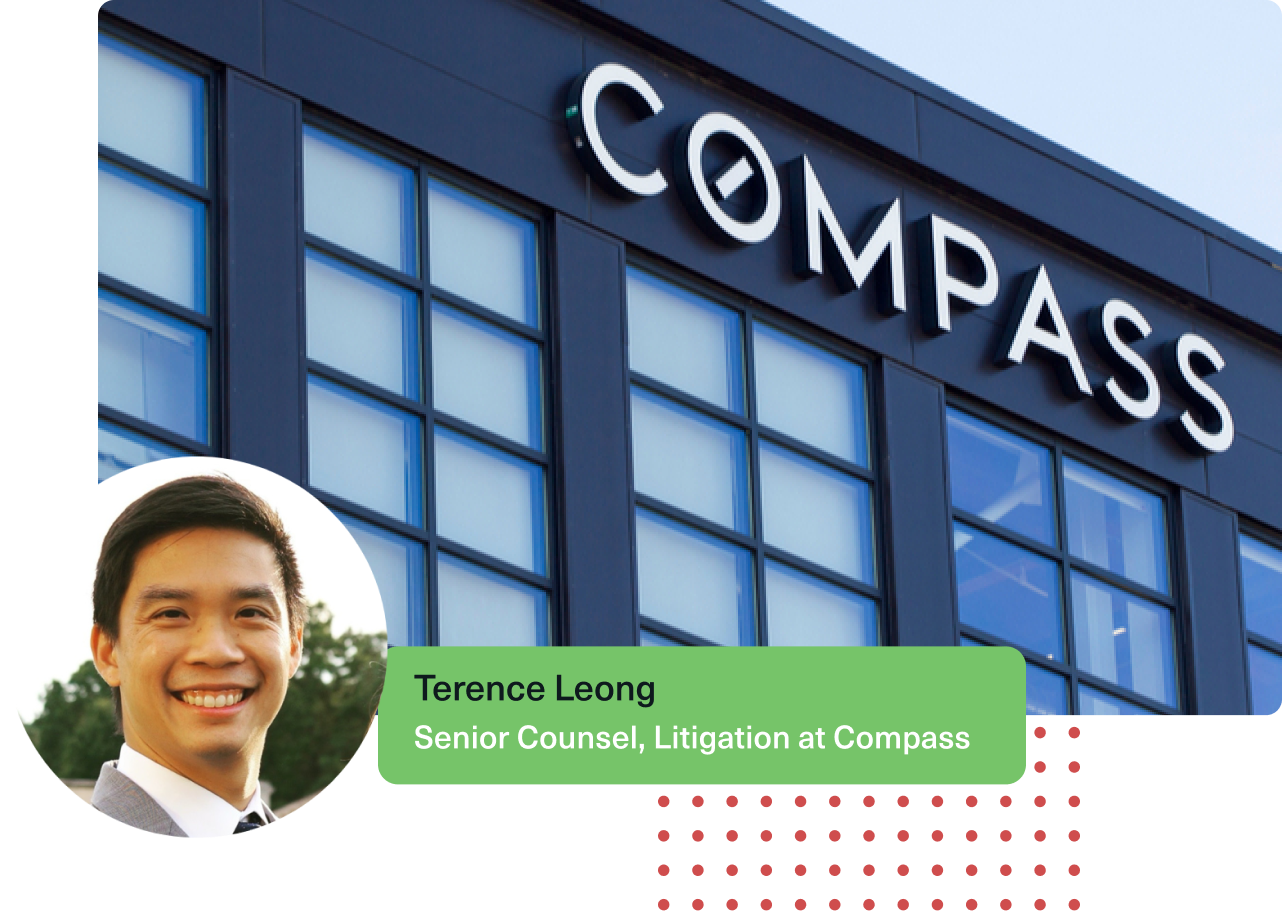 Compass is the first mission-driven real estate company pairing the most talented agents with a cloud-based solution to help everyone find their place in the world.

With such a transformative vision, it’s no surprise that the company counts the ability to move fast, being solutions-driven, and maximizing one’s strengths as core values.

That explains why, when their litigation team found itself slammed with a large volume of subpoenas and litigation matters — the majority of which were handled by outside counsel — they turned to another mission-built, cloud-based solution to develop a streamlined approach that has empowered them to move 9X faster and save thousands of dollars per matter.

9X Faster Subpoenas: Boosting Discovery Efficiency with a Team of One

When Terence Leong joined Compass two years ago as the company’s first in-house litigator, he became responsible for all discovery matters, both in the context of litigation, as well as for subpoena responses.

Having extensive experience dealing with eDiscovery in a law firm setting, this wasn’t an unfamiliar domain for Leong. What was new, however, was the fact that his job no longer consisted of reviewing an impeccable set of documents previously culled and organized by the internal eDiscovery specialist.

“We would sometimes tell employees or agents to go through their emails and print out PDFs of those that we thought were responsive to the subpoena. It wasn't the best."

With such a time- and resource-intensive process, most matters landed with outside counsel, who would either use their own eDiscovery tools or outsource the data processing to a Relativity vendor.

But once the team realized the impact that seeking external assistance for even the smallest litigation matters and subpoenas was having on their budget, they understood that something had to change.

“Those managed processes are really expensive. If you rely on external providers for even the smallest matters, you’ll end up spending a huge amount of money.”

And the change came swiftly. During Leong’s first week at Compass, the team deployed Logikcull to handle subpoenas and some litigation matters internally. Its powerful simplicity was all they needed to gain full control over the discovery process.

Although Leong was the only person dealing with discovery during his first eight months at Compass, he was armed with an efficient workflow that allowed him to run the show solo, which was crucial for the team to keep legal expenses in check during the most challenging times of the pandemic.

He turned Logikcull into a one-stop shop for all his discovery needs: He would collect data all by himself using Logikcull’s Google Vault integration, he’d parse and review all his documents, and he’d create productions with just a few clicks.

“The Google Vault connection is second to none in terms of ease and getting things done. We don’t need to rely on IT at all now. We run the collections entirely from the litigation department.”

As an example of how autonomous he became, Leong recalls an instance when he had to deal with a large subpoena from a government regulator and he was able to handle the entire process with no external assistance, from the initial collection to a production that had to meet highly specific requirements from the requesting agent.

Back at his former law firm, he estimates that at least two associates would have worked on a matter like that.

“After I was able to handle that massive subpoena by myself, I realized we had to make Logikcull a core piece of our software stack.”

Reducing Outside Counsel Costs While Collaborating on Their Own Terms

Two years later, and a team that has grown from one to four litigators plus a subpoena manager, Compass’s litigation team now has the bandwidth to handle discovery for any matter end to end in just five hours on average, which means a 90% reduction in their subpoena response and other litigation timelines.

Thanks to that increased efficiency, the team has also been able to reduce its reliance on outside counsel by 95%. Now, they only outsource matters where 20 people or more need to get involved, which is only a tiny portion of the litigation they deal with.

And, for those matters that require OC intervention, Leong’s team now establishes very specific conditions to collaborate with them. For example, they’ve banned the use of Relativity as they estimated that the maintenance of their databases would cost them the same as a yearly subscription to Logikcull — even for data previously culled by their in-house team.

Instead, they require outside counsel to conduct the document review within Logikcull, where the team has visibility into their activities and can stay aligned with them at all times.

By bringing the discovery process in-house, not only has Compass’ litigation team significantly reduced their external legal spend, but they’ve also become more agile and independent while cementing their reputation as an innovative and resourceful group that matches the company’s philosophy. 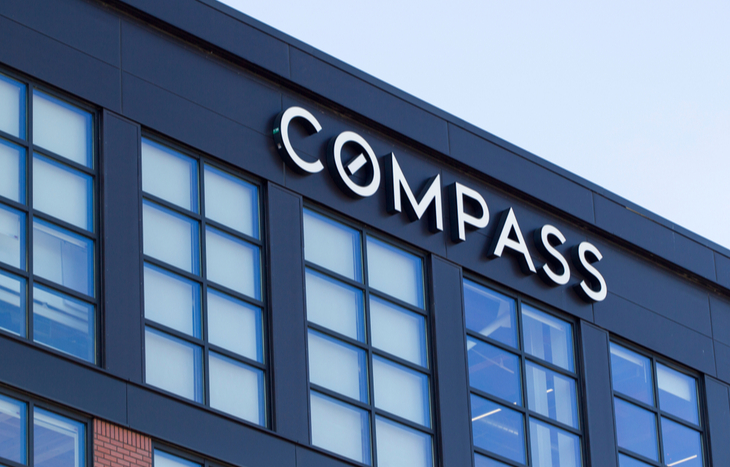 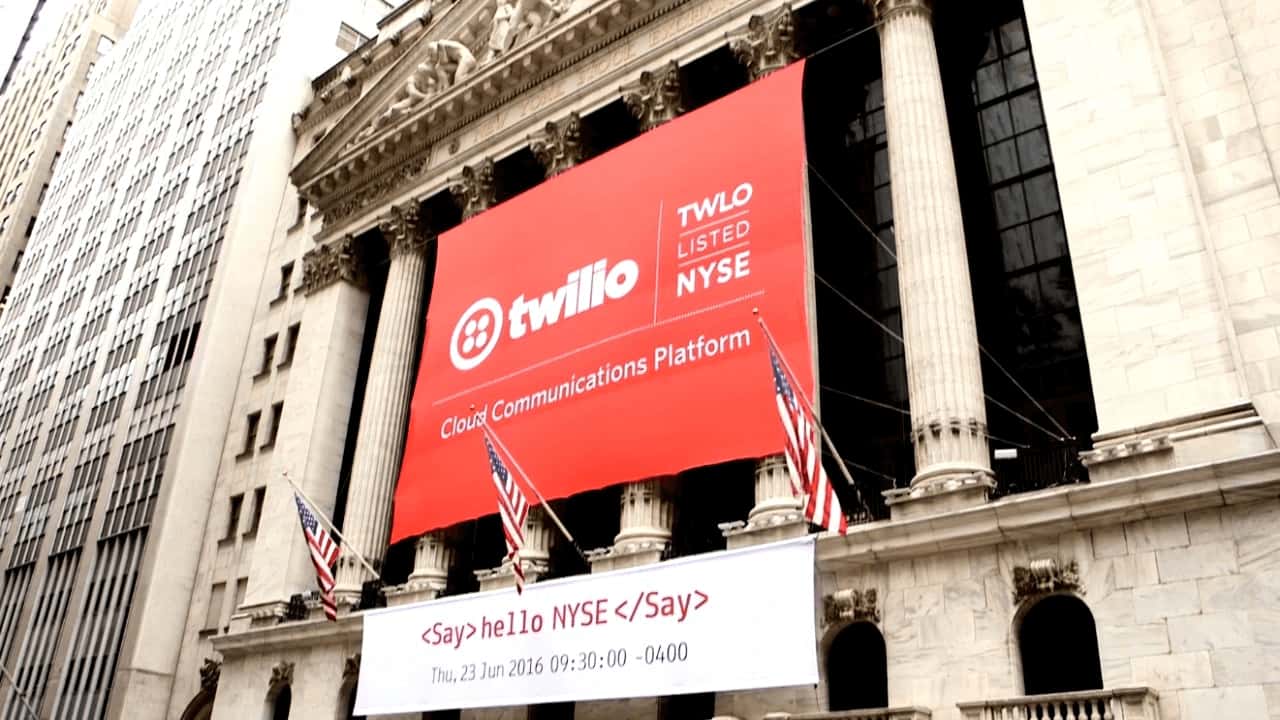 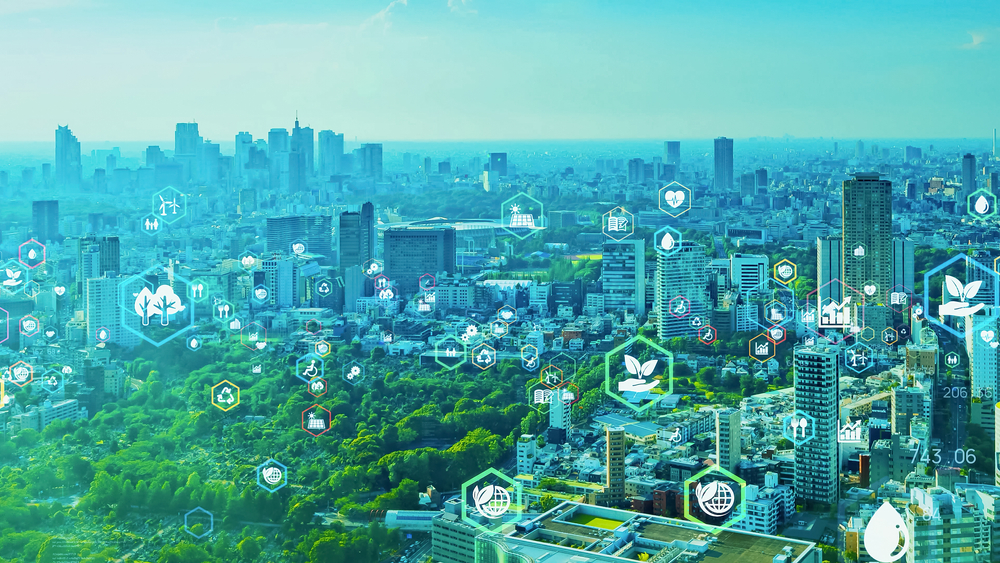